Clear Skies Ahead for the Window Films Market 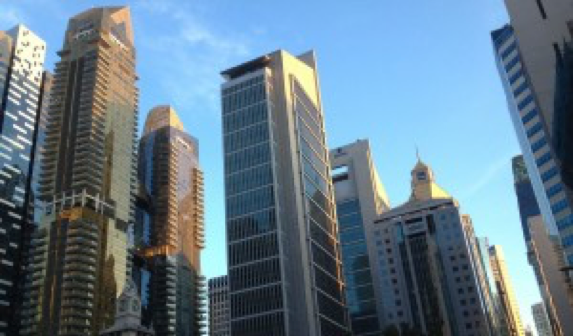 Window film technology is becoming adopted worldwide since its beginning in the USA in the 1950’s, particularly with the rising global concern for environment protection and energy savings. These films have are widely used to filter harmful ultraviolet rays, keep temperatures cool, reduce glare, prevent burglary, and protect windows from breaking into dangerous fragments.

The recent appearance of new technologies such as nano-structures and Graphene is expected to dramatically impact the future of window films and their applications.

Graphene is another recent breakthrough in materials science. A variation of nano-carbon materials discovered in 2004, Graphene is currently the strongest material in the world, made of a single layer of carbon atoms assembled in a hexagonal shape. This material is totally flexible and highly conductive, and is still under experimentation to be used in a film. Although there is a possibility that Graphene could interfere with radio frequencies, Graphene opens the doors to a fully transparent window film that can also act as a photo-voltaic solar panel. Such solar panels deploy Visible Light Transmittance (VLT) technology, using a layer of liquid crystals placed between Graphene-filled electrodes with a transparent polymer, which enables windows to change their opacity based on electrical inputs changing the liquid crystal alignment. Companies such as solar film manufacturer Heliatek GmbH and glass maker AGC Glass Europe, have started collaborating to jointly develop low-cost, aesthetic, and energy-efficient glass windows that double as ‘organic’ solar panels.

This field continues to see new advances. For example, Carbyne, a material twice as strong as Graphene, was just been discovered. Carbyne may be interesting in the long run as it may pave the way for window films to also act as low-cost, wireless air quality, pressure, or temperature sensors in the future.

We also observe other new applications for window films. Window films have been used for ships but not on a widespread extent. In Western Australia, a car window tint specialist has started to target the unaddressed segment of tugboats. In Indiana, USA, the Deleware Country Jail just installed films on the cell’s windows to prevent unauthorized contact between inmates and outsiders, while keeping daylight in the cells for mental well-being. More US schools are looking to window film as an immediate and affordable solution to stop or slow down intruders, so as to avoid tragedies such as the 2012 Sandy Hook elementary school shooting.

Regulatory issues remain a major success factor for the adoption of window. The state of California has just added window films to its energy building code, as an energy saving measure. As recommended by the state, an upgrade of only 10% of the nine million homes built before this new code could save up to 7.1 billion kWh or the equivalent of four million barrels of oil or the annual production of three power plants.

How future-ready is your retail job?

ESG ratings: From Beta to Alpha

A Sustainable Recovery from Covid-19

Five business tips to recover from the pandemic

In the time of the coronavirus, precarious workers need more protection than ever

Business leadership in a pandemic situation

Bringing design legibility back into the Smart City

Hit enter to search or ESC to close